How To Choose A Running Shoe | What Are The Best Shoes For You?

When it comes to buying a pair of running shoes, it can sometimes seem as tricky as buying something bigger like a bike, for instance, and, I mean, I don't blame you. You're going to be spending a lot of time in these, so it's important that they're right for you. So, today, I thought I'd run through a few tips on how to select the running shoe, what type you should wear, and when. (upbeat music) Firstly, what works for one runner may not necessarily work for another, so don't aimlessly head out and buy a pair or running shoes just because you like the look of them or your friend has recommended them to you. The best thing you can do is head to your local running store to have your gait analysed or, if you have a pair of well-used running shoes, you can check the wear patterns on the soles to see how you pronate and what shoes are suited to you. So, there are three main types of pronation. We have neutral, overpronate, and supinate, so here, we're gonna start with neutral, and what you're looking for here is more centralised wear down the middle of the ball of the foot and this is actually considered the most biomechanically sound as everything tracks and rolls through in a straight and forward motion. Now, on on overpronation and you can identify this with slightly more wear down the inside edge of the shoe. Don't worry if this is you, because it's very common and it's quite often caused by the arch of the foot collapsing in, or in some cases, even being flat footed and in turn, this ends of leading to this rolling in motion as you run. If you find you have slightly more wear down the outer edge of the shoe, it's likely that you supinate.

Now, this isn't quite so common, but it's generally caused by having a high arch, which means you have a particularly defined and rigid arch, which causes you to roll through and off on the outer edge of your shoe. (upbeat music) If you didn't already know how you pronated, hopefully you do now. So, let's take a look at the different types of shoes to suit those types of pronation. So, let's start with a neutral shoe, which is obviously designed for neutral runners, but also for supinating runners. It provides a bit of shock absorption and a little medial support, so they're essentially designed to roll through in a nice, neutral motion and if you do supinate, these won't add any more unnecessary control or stability. Now, for a stability shoe that's for someone that overpronates. Now, these normally include a firm area around the arch side for support and to provide higher stability to control the motion of the foot as it rolls through. Now, if you have quite sever overpronation or flat feet, you want something with slightly greater control to stop the arch from collapsing so much, such as a motion control shoe, which is essentially a beefed-up version of our stability shoe and it just simply provides a little bit more support around the arch area. (upbeat music) Other than the colour, the main difference you'll notice with these two shoes is the amount of cushioning. One is super well-cushioned whilst the other is a lot more minimal and when we pop them on the scales, there's a whopping 174 grams difference per shoe. That's a total of 348 grams for the pair, which is almost twice as heavy.

So, when would you wear each type of shoe? The well-cushioned shoe is great for absorbing impact, perfect for your every day training miles. Now, they are a bit heavier, but they do help to keep you injury-free and in one piece. Now, the more minimal shoe is actually a lightweight racing flat. Now, in the same way that you might put some fast aero wheels onto your bike for a race, you may want to pull out some lightweight running shoes to give you that edge on race day, as well. When you consider carrying something like and extra 174 grammes per foot over the course of a 5k, 10k, or more, that really begins to add up and to put this into perspective and use an example, an elite runner with a cadence of 180 steps per minute runs a 30 minute dead 10k, that's around 5400 steps throughout their whole race. Now, that's a lot of steps to be carrying that extra weight through. So, if you do fancy trying to get that edge and buy some race flats, most brands will actually advise what distance their shoe is designed for. Now, a five to 10k shoe will have a lot less cushioning than something like a marathon shoe. That said, shoes do differ from runner to runner and some people may want to do a 5k in something more cushioned like a marathon shoe, whilst others might be able to get away with something less cushioned for a marathon, for instance. So, it really does come down to what works for you. (upbeat music) Whilst they can sometimes seem like a big investment, don't make the mistake of trying to get your money's worth to the point that your toes are poking out of the end. If you're running them beyond their life expectancy, you could be limiting your performance or even risking injury. Over time, they begin to lose their cushioning, meaning you begin to absorb the impact more and generally, shoes have around 300 to 400 miles in them and the lighter the shoe, often, the less that is.

So, for something like a race flat, there's probably about one season of regular triathlon racing before you need to replace them. (upbeat music) Road shoes are great, but if you've ever tried venturing off road in them, you've probably noticed a significant lack of grip. Now, I've tried a few times and ended up face planting in the mud. Now, that's because they're designed for flat, smooth surfaces and groomed trails, not really for loose, slippery surfaces or mud, as I found out. So, that's where the trail shoe comes in, like this one. They generally have a bit more tread and a slightly more jagged design to the sole to improve that traction and grip and it can have a reinforced upper to deal with those conditions and the terrain a little bit more, and obviously, these are really well suited to anyone doing any off-road, multi-sport events. There you go. Running shoes can be quite complicated, but hopefully, that clears up any confusion and it helps you when you're next purchasing some running shoes. To see more videos from Global Triathlon Network, you can subscribe to the channel by clicking on the globe and to see our how to run like a pro video, just click down here and see our lamppost interval run session, just click down here. 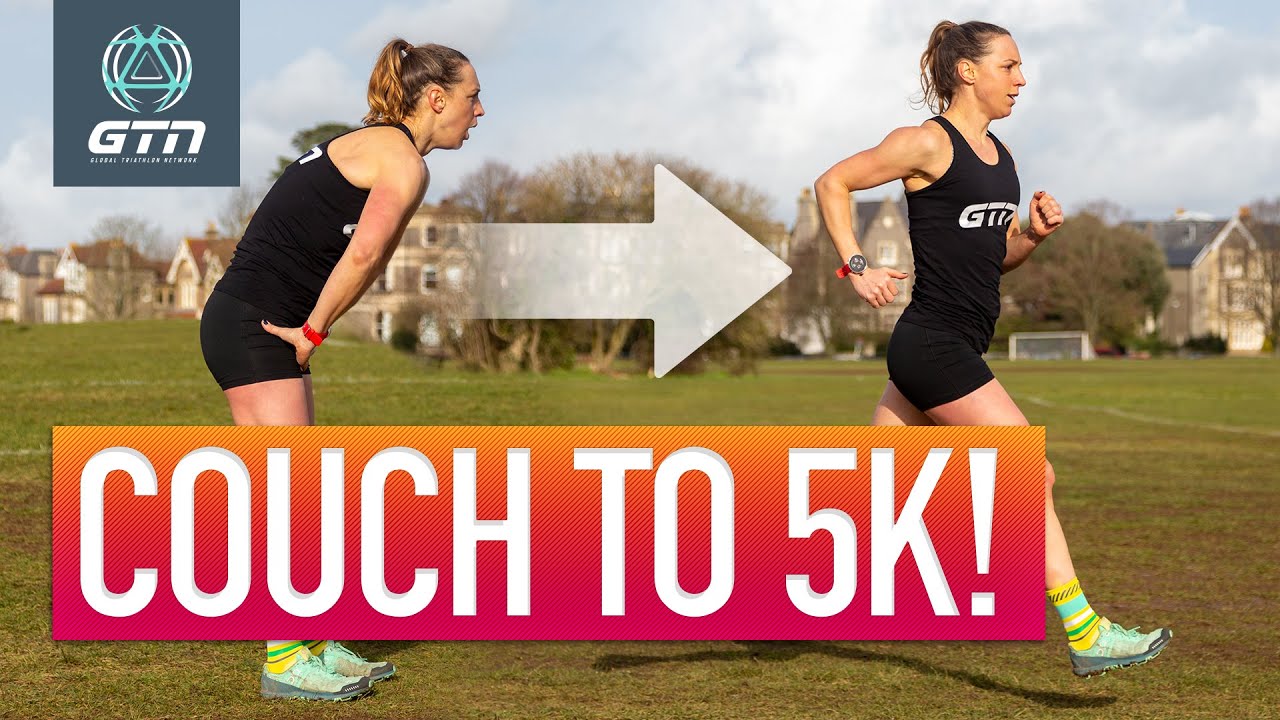 Couch To 5K: Week 1 | Starting Running For The First Time

Heather: Couch to 5K is a challenge and it's one that we've covered in videos in the past, but I ac...