What Fishing Hooks to Use and WHEN: J hooks, Circle Hooks, Treble Hooks

What's going on guys There are just so many different kinds of hooks out there And when I was a beginner and just starting to fish This was very confusing to me what hooks to use and when to use them? Today I'm gonna be explaining to you guys What wasn't explained to me and I had to figure out on my own So stay tuned and learn about all the different hooks you can use So the first hook I want to talk to you guys about is called a circle hook You see these? let's take a look at them. What what makes a circle hook a circle hook? Okay, you see the point right here? Look at the tips. Look at the points of the hooks This is a circle hook it curves inwards like a circle. Whereas this straight hook goes straight up They're different, a circle hook you do not set the hook setting the hook being actually pulling the rod like this to set the hook a circle hook is set by simply just reeling in Just reeling in your line The way that this is angled when a fish takes it into its mouth and starts swimming away with it It'll automatically hook itself So if you try and set the hook on it it'll actually lessen your chances of landing it and Actually some states require you to use a circle hook so you don't gut hook a fish That's another really big reason why I choose to use circle hooks.

Most of the time a circle hook will hook a fish right in the side of the mouth Usually I will target fish that are aggressive that will run away with your hook some fish like to just peck peck peck peck Circle hooks don't work very well for that. That's circle hooks, okay Now this is a long shank Strait hook and it's also offset Take a look at how long the shaft is right here You see that compared to thi--ow. Poked myself... The hook is about the same size The actual bend right here but this one is much longer, why is that why do you guys think that this is so long? Comment below what is your guess? some of you may already know This is really good for fishing for Toothy predators such as bluefish anything with teeth that might bite your line off This shaft right here is long so that when a bluefish bites it It'll bite metal instead of biting your line with this shaft You won't really need a steel leader on here because this is the steel leader Okay long shaft and this is offset, offset meaning look at it to the side It's kind of the hook is actually tilted to the side So when you set the hook, it's more likely to set it in its mouth Now we've got our standard hook without the long shaft. I want you guys to take a look at the eyes. This is called the eye of the hook right here So depending on what kind of eye that your hook has that's what kind of knot you should tie This is called a straight eye right here. And this one is turned up Do you see how it's curved, the eye? so for this one, I would tie something like an improved clinch up here Whereas this one would be for maybe like a high-low rig where you kind of loop it through and pull So that it'll sit perfectly on here. I've talked about the regular hook the circle hook and the long shaft hook.

Let's talk about this What do you guys-- what are your opinions on the treble hook? Tell me what you think about the treble hook Because I have my opinion on a treble hook. I hate it I really hate using this and I try to avoid I try to avoid using this as much as possible Because this is very deadly for fish Three hooks is kind of OD, overdone. I really don't need three hooks. So For lures like this. They've got treble hooks all over them, right? Now these treble hooks really will mess up the fish's mouth I would stay away from these because these really hurt the fish that you're going after Instead of using treble hooks I choose to use Inline hooks. Look at the eye. It's way different than the other ones. Look at this one Right, it's on its side a little bit and this is so that it can it can be replaced It can be used to replace a treble hook So you see these top water poppers any kind of lures with the big with the big Treble hooks. I like to replace them with the inline. So I slip this in... There we go, and it should be pointing inwards inwards look at how it freely flows like this You can't do this with the regular hook especially with a turned-up hook You won't be able to do that. You want an inline hook. That's what it's called and you could do a bunch of action on it and it won't get tangled up and if if a fish bites it I think it's a less of a chance But it's still a pretty darn high chance because a lot of times when a fish is hitting a topwater Lure, it's gonna it's gonna really go for it. It's not really just gonna *smacking lips* It's really gonna go for it. And if it really goes for it. Why do you need to hurt a fish like this?

What if it's a small undersized fish? You really don't want to have to worry about getting it out of its mouth And that's another thing with these treble hooks. It takes a long time sometimes it really gets caught up in its mouth and it takes a long time to get it out and if fish are Busting right in front of you. You're not gonna want to sit there and try and untan--unhook this from a fish's mouth so inline hooks and the final hook I'd like to talk to you guys about is a jig head hook a lot of you guys probably see this and kind of don't really know what to do with it But I want to encourage you to try using this This is really effective Simply because it's a sinker plus a hook. How can it how can you go wrong with that? You can put a lot of different things on the end of this You can put a piece of super salty tentacle on the end right here and fish it like a swim bait You can put half a crab on here and fish it for tog You can put a piece of shrimp on here toss it out Leave it out there a lot of different things.

You can fish with this you could fish it on the bottom With a piece of bait you can put a swim bait on it and fish it like a lure This is a very versatile hook and sinker combo right here This is one of my staple go to lures slash hooks for saltwater and freshwater Alike, I talk a lot more about the different kind of lures and stuff in the new PDF that I just wrote It's called best pier fishing lures and how to use them in this I'm basically talking about all the different kinds of lures and stuff that I really like to use on on the pier And how I use them and when I use them This is all the stuff that I've learned on my own over the years of fishing myself and I really think that this will help any beginners who who need a nice crash course and that's available at Senko skipper comm Where we put a bunch of different resources to help you guys out fishing also I want to let you guys know that we have a new suggestion box at senkoskipper.com I want anyone who has any ideas for the show. Anyone who has some suggestions for us. We're all community here We need to be able to speak to each other So put some stuff in the suggestion box things that you want to see things that you don't like seeing on our show Let us know that's available at senkoskipper.com as well comment below I know I missed a couple of different kinds of hooks But comment below your favorite kinds of hooks to use and when you use them we're all community here people in the comments that are People come just to read the comments and learn so if Your comment matters whatever you say other people will read and learn from so you guys can actually help us make a difference here See you guys 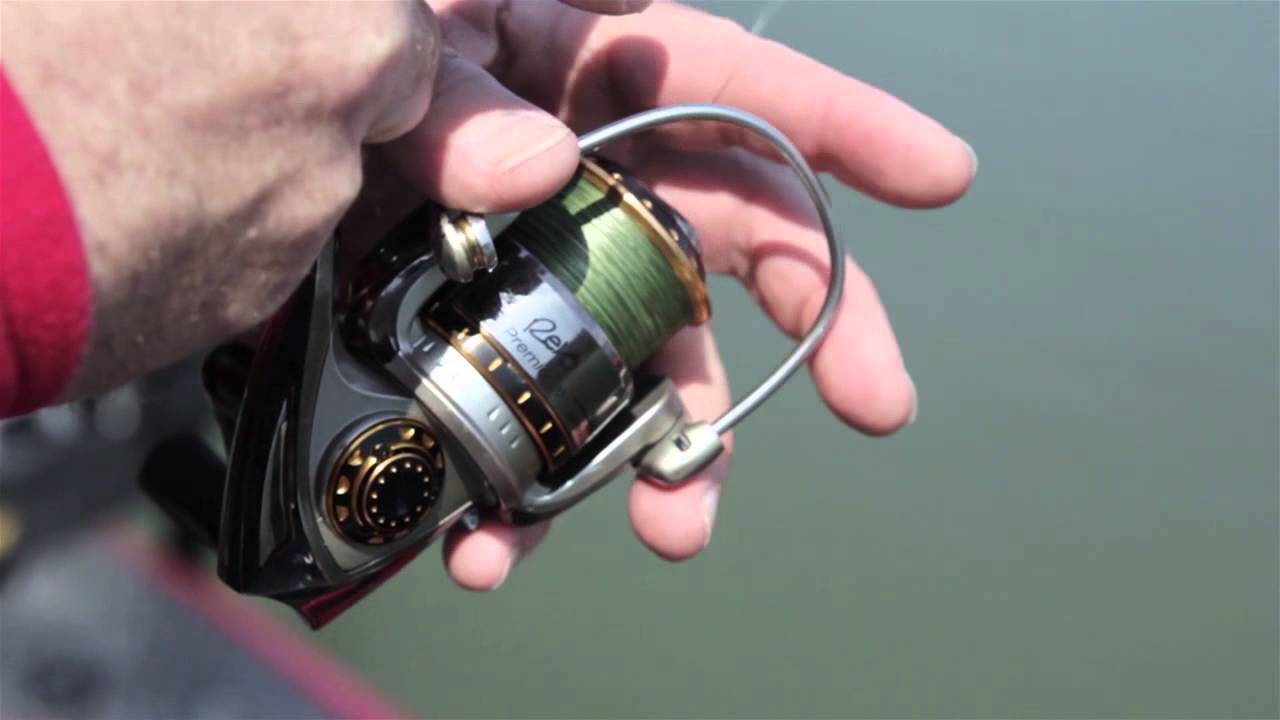 Tips on Fishing with Spinning Reels

A lot of anglers use spinning tackle exclusively, yet there are some anglers who shy completely aw... 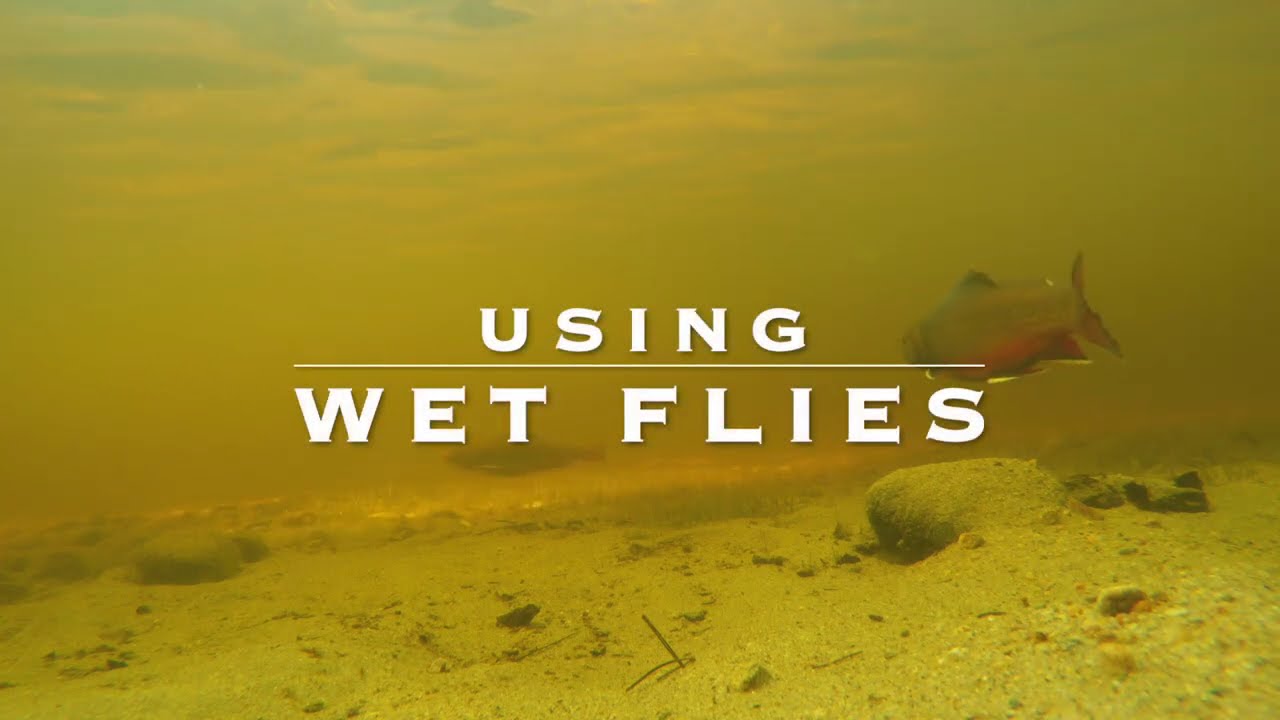